In any multi-sensor system, correct data fusion requires calibration of, for example, 6-DOF inter-sensor spatial transforms. This permits the individual sensors’ data to be combined into a single common reference frame. Manual measurement of the inter-sensor transforms is inaccurate for two reasons. First, obstructions including the sensor mounts and other hardware may be in the way. Second, the true origin of a sensor’s reference frame within its enclosure may be unknown.

Jordan’s novel calibration routine estimates the extrinsic calibration and the time delay between sensor clocks for a suite containing at least one planar lidar and one egomotion sensor. The calibration parameters are found by minimizing the Renyi Quadratic Entropy (RQE) of the lidar point cloud. RQE has a number of attractive properties, the foremost of which is that it allows calibration in non-planar environments and with non-overlapping sensor fields of view, as shown in the photo below. 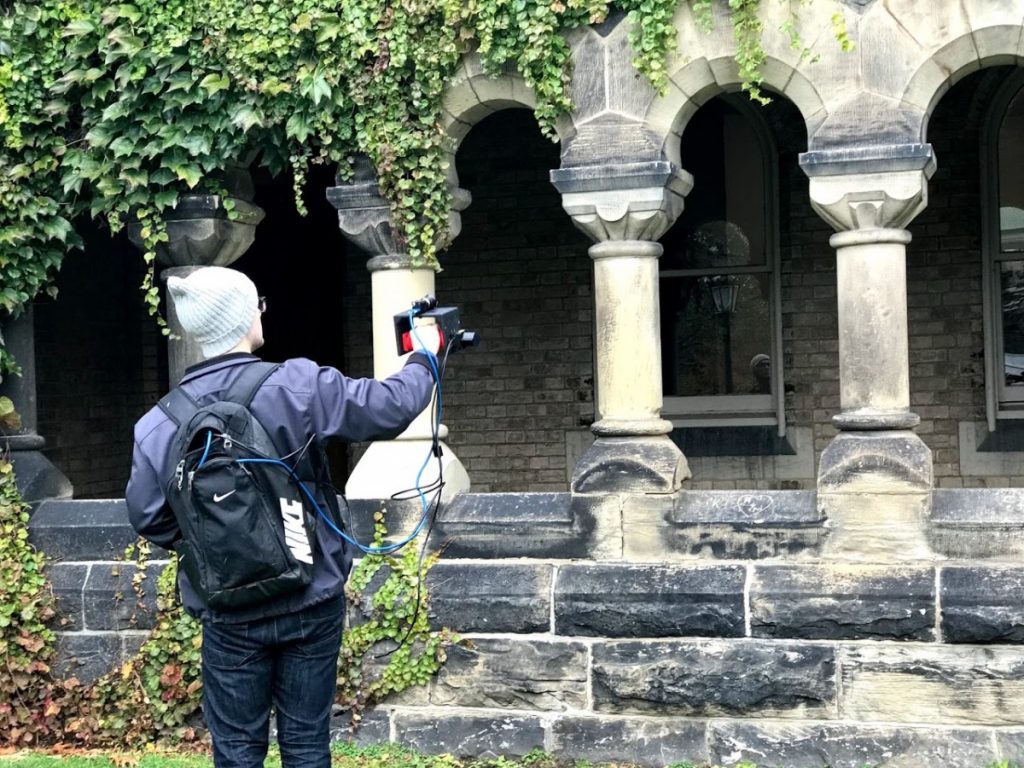